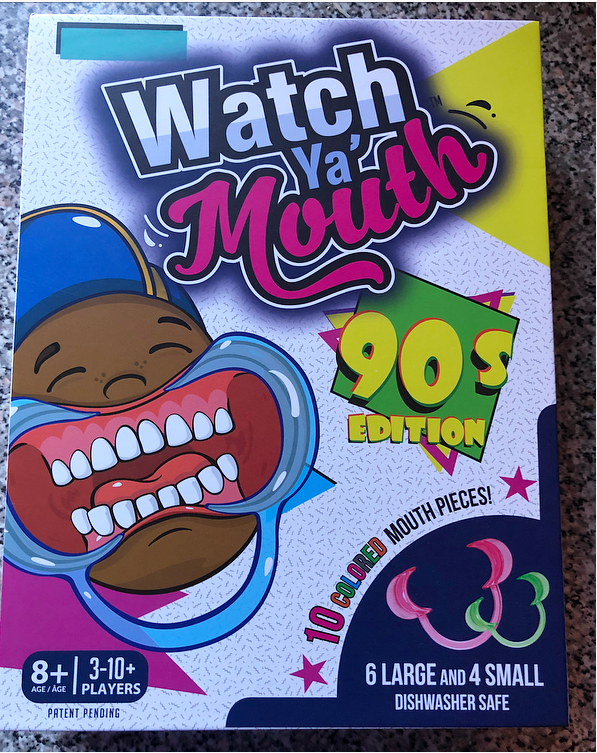 The Watch Ya’ Mouth: The authentic, hilarious mouth guard game! Players wear their own mouth openers and read random, 90’s phrases for their team to interpret.

By now I’m sure you’ve seen the YouTube videos of people with these giant plastic mouth pieces in their mouths trying to say silly phrases for their friends to decipher. The videos are hilarious to watch and as we’ve come to find out… it’s just as fun to play the game!

Watch Ya’ Mouth Official Rules:
-Decide on a gameplay option – OPEN SEASON or LEGIT and divide into teams of two.
-If there’s an odd number of players, there can be one team of three.
-Each team will take turns having 60 seconds to interpret as many phrases as possible.
-On each team, one player is a READER and the other is an INTERPRETER. The person who has gone longest without brushing their teeth goes first! The reader places a mouth piece in his or her mouth and is the only one to look at the phrase.
-When ready, the timer is started. The reader reads the word or phrase on the screen to the interpreter. The interpreter must correctly guess and repeat what the reader is saying.
-One point is awarded for each correct interpretation.
-A team cannot pass on a card – unless it is a Bonus Card.
-BONUS CARDS are more difficult and are worth 2 points. These are the only cards on which the reader or interpreter may pass.
-There are four rounds per game. A round is complete when each team has gone once. After each round, the roles reverse – the reader becomes the interpreter and the interpreter becomes the reader.
-The team with the most points after four rounds WINS! If there is a tie, keep playing rounds until one team has more points.

OPEN SEASON RULE:
The Reader may use general gestures, sounds and other references but no drawing, writing or illustrating is allowed.

LEGIT RULE:
The reader CANNOT give hints or any type – only speaking the phrases and nodding “yes” or “no”.

We love a good family game night around our house but with kids ranging in age from 5-10 it was a little tricky finding games that the whole family could enjoy. I was a bit skeptical as to whether or not my youngest would be able to participate in the Watch Ya’ Mouth game because the recommended age on the box is 8+. I’ve found with other similar games that the mouth piece is hard for me to wear, much less someone with a much smaller mouth. Watch Ya’ Mouth comes with 10 colored mouth pieces in two different sizes! For the adult like me, who cannot stand the larger mouth guard or the younger child with a smaller mouth, having a smaller mouth piece option was outstanding! Speaking of multiple mouth guards, they’re DISHWASHER SAFE! Hooray! After a fun, family game night you can just toss them in the top rack of the dishwasher and they’ll be sanitized and ready to go for the next game. 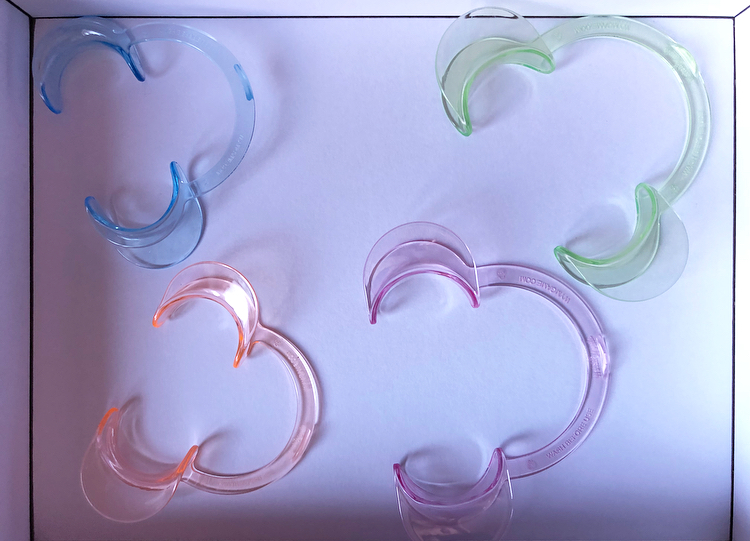 My husband and I really got a kick out of some of the cards, some of them went well over the younger kids’ heads but they still enjoyed trying to pronounce their cards. It was quite comical as each of us tried to pronounce the words or phrases with our mouths held wide open. 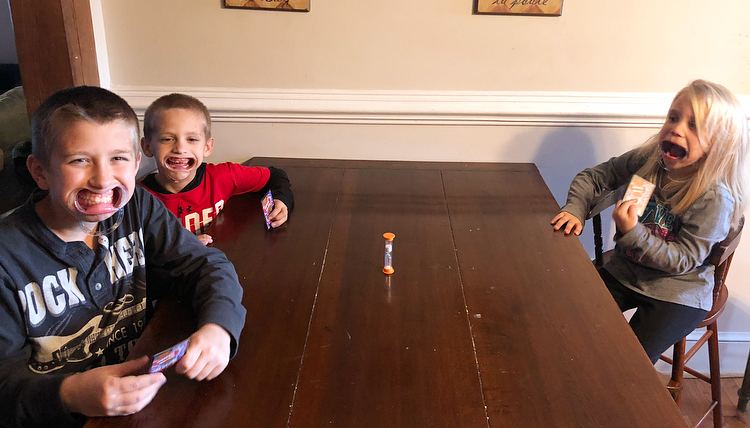 Once you run out of cards in the game box, which will take quite a while because there is a HUGE variety to choose from, there is an app you can download to continue the fun! 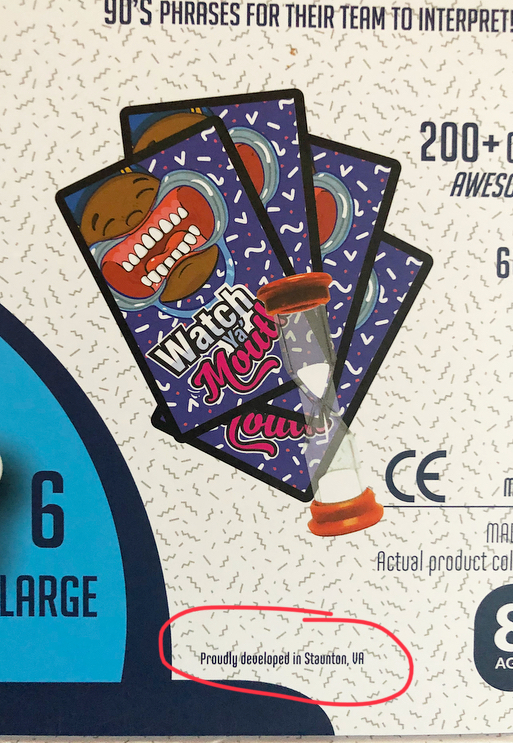 A fun fact about Watch Ya’ Mouth, the back of the box says that it was proudly developed in Staunton, Virginia. That’s not far from where we call home! 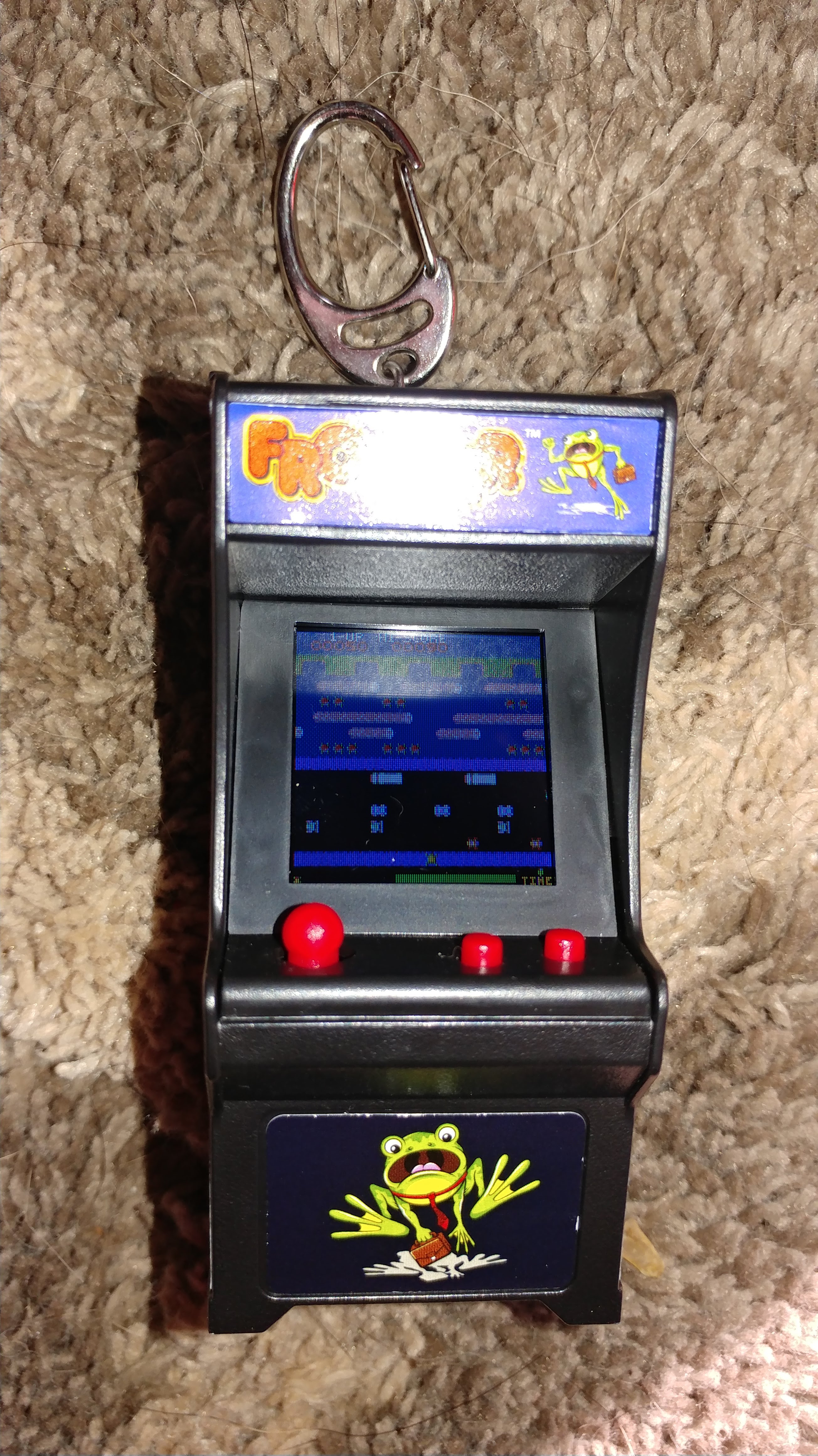 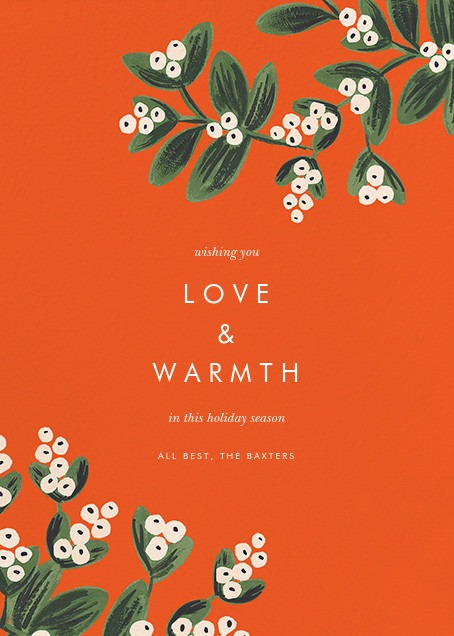 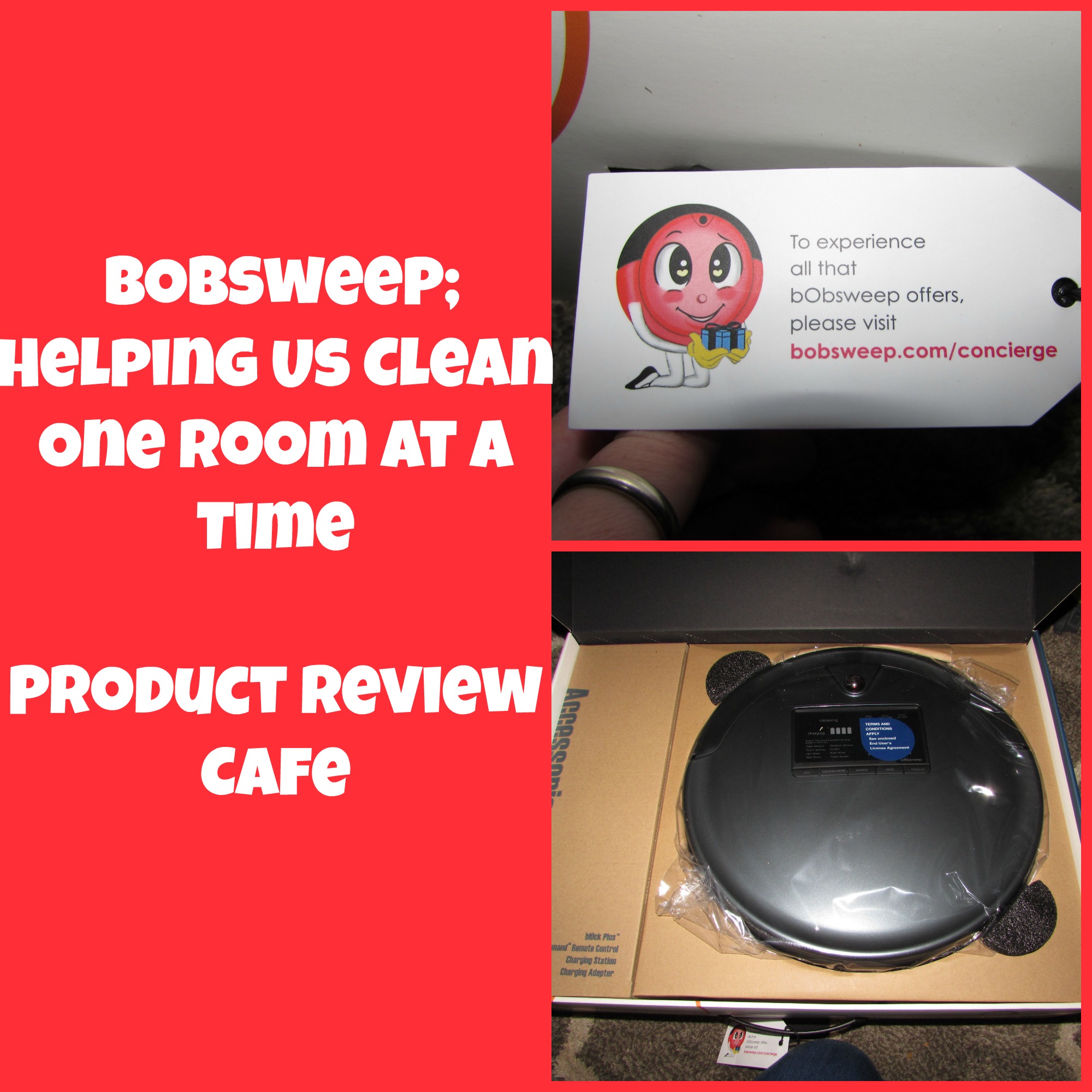 bObsweep; Helping Us Clean One Room at a Time